There’s a Multi-billion-Dollar Race to Replace Eggs: Upstart companies are looking for ways to throw off the yolk and make palatable egg protein. 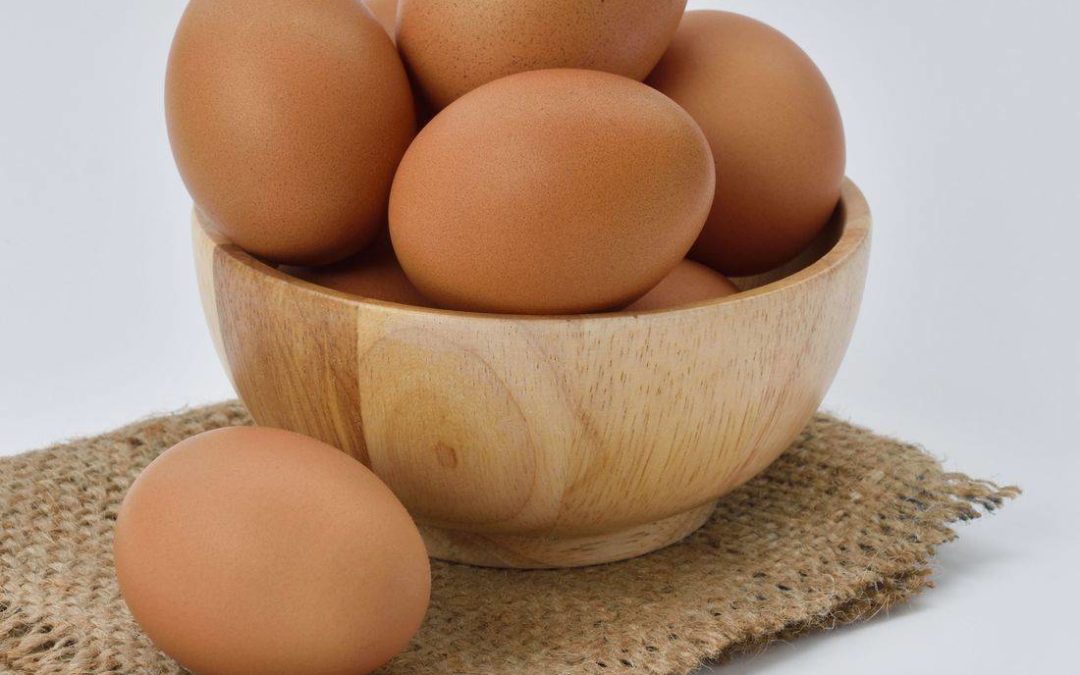 Egg whites are universally accepted as a healthy source of protein. But because they come from chickens, one could worry about animal welfare, the environmental damage wrought by industrial poultry and even Salmonella—since the Food and Drug Administration estimates that 79,000 Americans are sickened by tainted eggs every year.

Or maybe you’re just a vegetarian. Regardless, the way to solve all of these problems is to just make “eggs” from plants.

The market for such egg alternatives, once a fusty category targeted mostly at institutional bakers and vegans, is officially blowing up. One need only walk the aisles of the recent Natural Products Expo to spot fake egg whites in snacks of all sorts, or look around the grocery store for an uptick in the selection of “eggs” made from any number of ingredients decidedly unrelated to chickens.

But toppling real eggs isn’t going to be easy. Egg whites (the real kind) have long been the protein people refuse to do without because it’s seen as irreplaceable. Egg whites are the most efficient and allergen-light source of protein when compared with rivals such as whey, soy and pea. Moreover, food manufacturers rely on eggs because they add natural protein that’s flavorless and highly soluble.

Cholesterol, pollution and unhappy chickens notwithstanding, how do you replace something with all that going for it?

The first fake scrambled egg to market was VeganEgg, introduced by Follow Your Heart in 2015. That powdered-egg substitute was originally formulated with algae, but the company eventually swapped it out for soy powder. Chief Executive Officer Bob Goldberg said Follow Your Heart hopes to have a more convenient, liquid version on shelves by the end of this year. According to Nielsen, his product, which is used in Gardein frozen foods and some restaurants, is the No. 1 seller at Whole Foods. Another contender is Spero, a Bay Area-startup that’s making liquid eggs from pumpkin seed protein.

But the dominant player in the non-egg space is Just Inc., a $1 billion enterprise previously known as Hampton Creek. Just Inc. launched its own liquid egg substitute late last year, one made primarily from protein derived from mung beans. (More on those here.) The company said Thursday that it has sold the plant-based equivalent of 6.3 million chicken eggs in the U.S. to date—but there’s still a long way to go: The U.S. Department of Agriculture reports that total egg production in the U.S. was more than 8.5 billion in February alone.

CEO Josh Tetrick said the company has signed partnership agreements with major chicken egg suppliers that will manufacture and distribute Just Egg. The companies, he said, will build factory lines separate from where they process real eggs. Tetrick said he plans to expand into Europe later this year and eventually Asia.

Just Inc. is seeking to move past a tumultuous few years, during which Hampton Creek was the subject of probes for purchasing its own products to boost revenue ahead of a fundraising round. The claims prompted inquiries by the U.S. Department of Justice and securities regulators. Tetrick told staff that the investigations ended with no wrongdoing found.

“Most people don’t care as long as their cake is bouncy.”

Nielsen data show that traditional eggs are still a $7 billion business. Right now, the market for egg substitutes is largely limited to those used as a component in cooking, particularly baking. Until a consumer-friendly alternative is invented—a plant-based egg substitute that can be quickly used to make scrambled “eggs” or an “egg” sandwich, for example—the real egg market is unlikely to suffer.

Unsurprisingly, finding a popular consumer alternative to real eggs is what many in this sector consider true north. But for now, said Michele Simon, executive director of the Plant Based Foods Association, food service is the key to enacting real change.

“There are ways to quietly replace eggs in the food supply,” said Simon, whose group has grown from 22 company members to 140 since its founding three years ago. “Most people don’t care as long as their cake is bouncy. You can change up an ingredient and it will be mostly invisible to consumers.”